Geography is such a captivating and richly diverse subject. It encompasses the study of people, places, the environment, and so on. Learning some interesting geography facts can instill interest in the subject in your child. Reading books about various lands, watching documentaries, working on geography projects—all these can expand your child’s knowledge. Therefore, encourage your little one to engage in such activities. Also, combine learning with fun by planning family trips. Nothing to beat travel to teach your child about various places. To arouse your child’s interest in the subject, here are some less known and interesting world geography facts. Canada and the USA share the world’s longest international border. It is 8,890 km long. Thought volcanoes are found only on land? You’d be surprised that they exist on the ocean floor and on ice caps too. About 90% of the total volcanoes on the Earth are found in the 40,000 km horseshoe-shaped area in the Pacific Ocean called the ‘Ring of Fire’. The Bermuda Triangle, also known as the Devil’s Triangle is an area in the western part of the North Atlantic Ocean. Here ships and planes are said to mysteriously vanish. However, recently researchers and scientists have debunked the ‘mystery’ element in these stories and come up with more logical explanations for the disappearances. Sweden has more than 2,57,000 islands—the country with the maximum number of islands. Guess which country has the longest coastline? Well, if you thought it was Australia. You are wrong. It is Canada—1,52,100 miles long. Australia’s coast is only 16,000 miles long.

7. The largest stock of freshwater Antarctica may be a frozen sheet of ice, but it has almost 90% of the world’s freshwater. About 90% of the world’s population lives in the Northern Hemisphere.

9. Country within a country Can a country lie within another country? Well, yes, there are three such countries—the Vatican within Italy, Lesotho within South Africa, and San Marino again within Italy.

10. Lowest temperature ever recorded on the Earth The lowest temperature ever recorded on the Earth as per entry in the Guinness Book of World Records is -89.2C (-128.6F). Any guesses for where it could have been recorded? Where else, but Antarctica? This was observed using thermometers on July 21, 1983. Of course, in August 2010, a satellite-measured temperature of -94.7C (-135.8F) was recorded; however, it doesn’t feature in the Guinness Book as it was not measured using thermometers.

11. Time periods when dinosaurs existed on the Earth The center of the Earth is hotter than the sun!

13. The deepest hole on the Earth 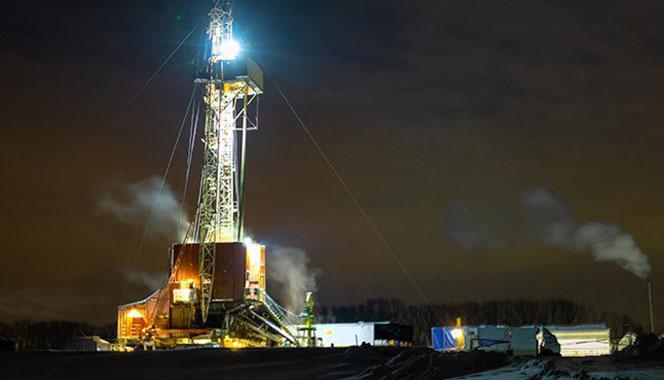 The Kola Superdeep Borehole in Russia is the deepest hole that has been sunk on the Earth. It measures 12,261 meters. The Southern Ocean, which surrounds Antarctica, emerges from the waters of the South Atlantic Ocean, the South Pacific Ocean, and the Indian Ocean. It is the home of the Emperor Penguins and the Wandering Albatrosses. The Amazon rainforest is responsible for producing more than 20% of the world’s supply of oxygen.

16. Area on the Earth not owned by any country Do you know which area of land on the Earth is not owned by any country? It is Antarctica. Countries have set up research stations here. But no country owns the land. The city of Damascus in Syria was founded in the third millennium BC. It was an important commercial and cultural center even then. This gives Damascus the status of the oldest continuously inhabited city in existence. Istanbul, in Turkey, is the only city in the world that lies on two continents—Europe and Asia.

19. The driest place on the Earth Any guesses for the driest place on the Earth? You’ll be surprised to know. It is not a desert but the valleys of the Antarctic near Ross Island. They haven’t received any rainfall for two million years. The largest city in the world is Hulunbuir in inner Mongolia, China. It is 2,63,953 sq km large. That’s almost half the size of France! The smallest country in the world is the Vatican. It is a mere 0.44 sq km! Two islands constitute the Diomede Islands—one (the Big Diomede) is owned by Russia, the other (the Little Diomede) is owned by America. While the distance between the two islands is only 3.86 km, the time difference is 21 hours! This is because the International Date Line passes between them. This has earned the islands the nicknames, Tomorrow Island and Yesterday Island! Victoria Island, in Canada, is the world’s largest third-order island—an island within a lake on an island. Yes, you’ll need to read it again! Russia spans 11 time zones. If it is dawn in one end of Russia, at the other end it would be dusk! The longest fence in the world is in Australia. Known as the Dingo Fence or Dog Fence, it is 5,614km long. Originally meant to be a rabbit-proof fence, it was later converted to a dog barrier to protect sheep from dingoes.

To further arouse your child’s interest in geography, get her books on geography for kids or make her involved in projects on facts about geography.